With four boys, it’s hard to give them a place that’s all their own.  With the exception of when we have overnight guests, each boys’ bed is his personal space and off-limits to others.  They each have their own reading lamp, which I got at Ikea.  I like these because they have a protective “spider web” in front of the bulb. They don’t seem to carry these anymore, but this lamp looks similar. I also used cord organizers to make the cords look neater.

For their “personal stuff,” I thought about putting up shelves, but didn’t like the idea of dusting them!  On the suggestion of a friend, I put up a Dignitet curtain wire, also from Ikea (now that I think about it, she also suggested the spider lamps), with sliding clips.  The boys’ personalizations can look, um, junky, but at least they’re easy to clean around! 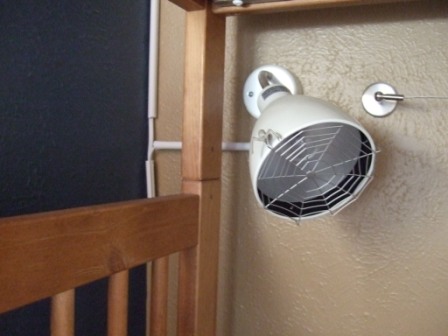 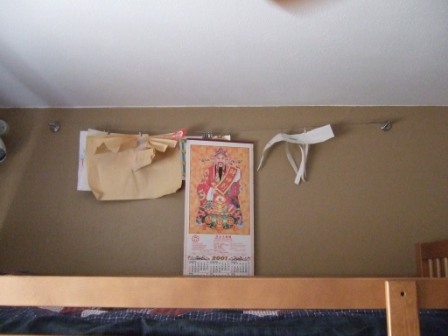 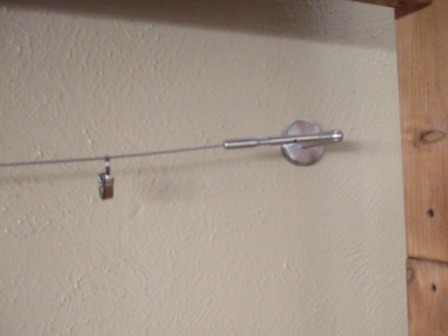 I started this page many years ago based on the Well-Trained Mind homeschool abbreviations page, and wow! has it grown since then. Even though I am no longer homeschooling (how does the time go by so fast?), I’m still maintaining this page to help other homeschool parents, as I was helped by countless others. In addition to the homeschool END_OF_DOCUMENT_TOKEN_TO_BE_REPLACED

The Problem We have 4 boys, who share 2 bedrooms.  To save floor space, I opted for bunk beds with a straight ladder.  When it was time to wash the sheets, I would have the older two boys strip the beds.  However, putting the sheets back on was too hard for them (they were still END_OF_DOCUMENT_TOKEN_TO_BE_REPLACED

New helps added ⇒ Trust the Units and Direct and Inverse Proportional Relationships. I’ve included some of the content from several math helps that I made for my pre-algebra / algebra classes but displaying math formulas on the web requires a bit more time than I can spare, so you’ll need to view the PDFs END_OF_DOCUMENT_TOKEN_TO_BE_REPLACED