We study history on a 4 year cycle using BiblioPlan for Families, which is based on The Well-Trained Mind.  When it came “time” to do a timeline, I looked around the internet and found several pre-printed timelines, but I didn’t like how the scale varied.  For example, a timeline for ancient history covering several thousand years and a timeline for modern times covering only a century or two, would both be the same length.

So, after looking and mulling, here is the timeline that I came up with.  It folds up nicely, can be flipped through like a book, or can be laid out in rows or a long line for a birds-eye view of history (although we’d only gotten to ancient Greece when I took these pictures)!   I also recommend Jen’s Horde: I love timelines! for more timeline ideas.

Each millennium is an accordion of 10 centuries (except for the first and last set); with one century per page of cardstock paper.

The columns are decades.

I added two pages to the beginning for creation (shown below in the Creation – 4001 BC accordion). 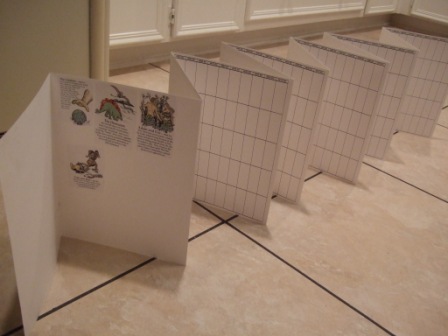 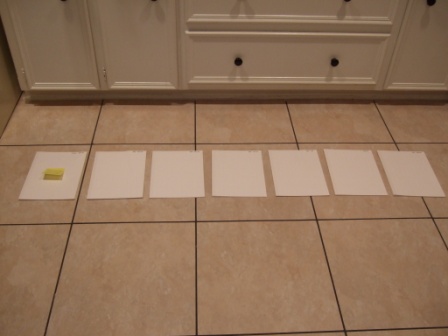 I used book tape on the back to connect the pages; use any tape that doesn’t tear easily. 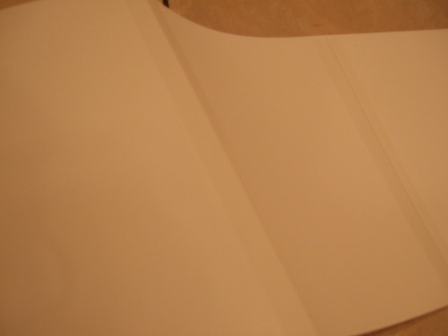 You can see how “sparse” much of the ancient history looks when it is laid out: 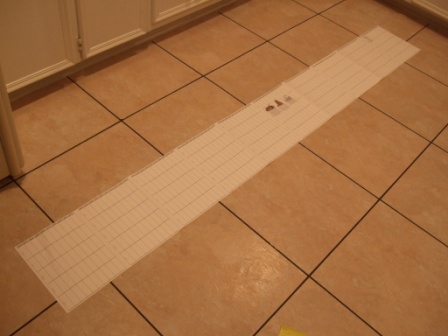 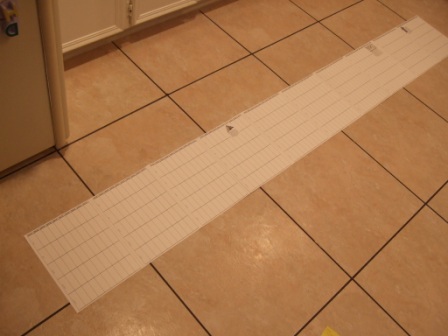 Most ancient history that we have studied is in the middle east (Africa), some is in the far east (note the figure on the second row). 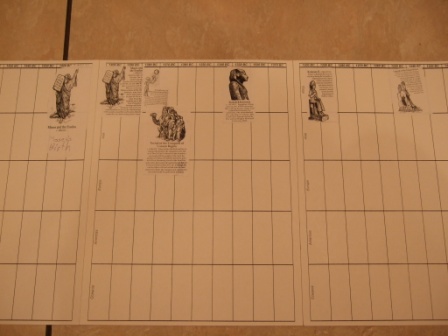 I (or rather, the student) used the squares to judge where to place particular figures/captions that he had printed using History Through the Ages timeline figures.  There is overlap, but the actual dates are on the figures for reference.  I wish that he had gotten into it more so that it looked a little nicer.  Even so, it’s great to pull out and get a birds-eye view of what we have studied. 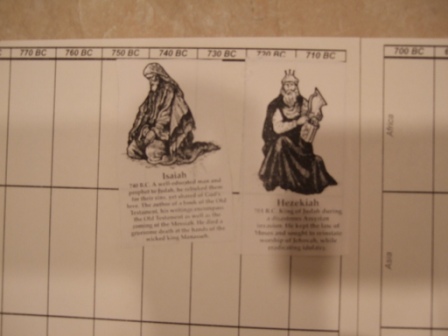 When we get to “1850 – present”, I plan to just put highlights on this scale timeline and have an expanded accordion with one page per decade.  I think this will give us the detail that we need, but we will still be able to put modern history into some perspective with our main timeline.

I started this page many years ago based on the Well-Trained Mind homeschool abbreviations page, and wow! has it grown since then. Even though I am no longer homeschooling (how does the time go by so fast?), I’m still maintaining this page to help other homeschool parents, as I was helped by countless others. In addition to the homeschool END_OF_DOCUMENT_TOKEN_TO_BE_REPLACED

The Problem We have 4 boys, who share 2 bedrooms.  To save floor space, I opted for bunk beds with a straight ladder.  When it was time to wash the sheets, I would have the older two boys strip the beds.  However, putting the sheets back on was too hard for them (they were still END_OF_DOCUMENT_TOKEN_TO_BE_REPLACED

New helps added ⇒ Trust the Units and Direct and Inverse Proportional Relationships. I’ve included some of the content from several math helps that I made for my pre-algebra / algebra classes but displaying math formulas on the web requires a bit more time than I can spare, so you’ll need to view the PDFs END_OF_DOCUMENT_TOKEN_TO_BE_REPLACED